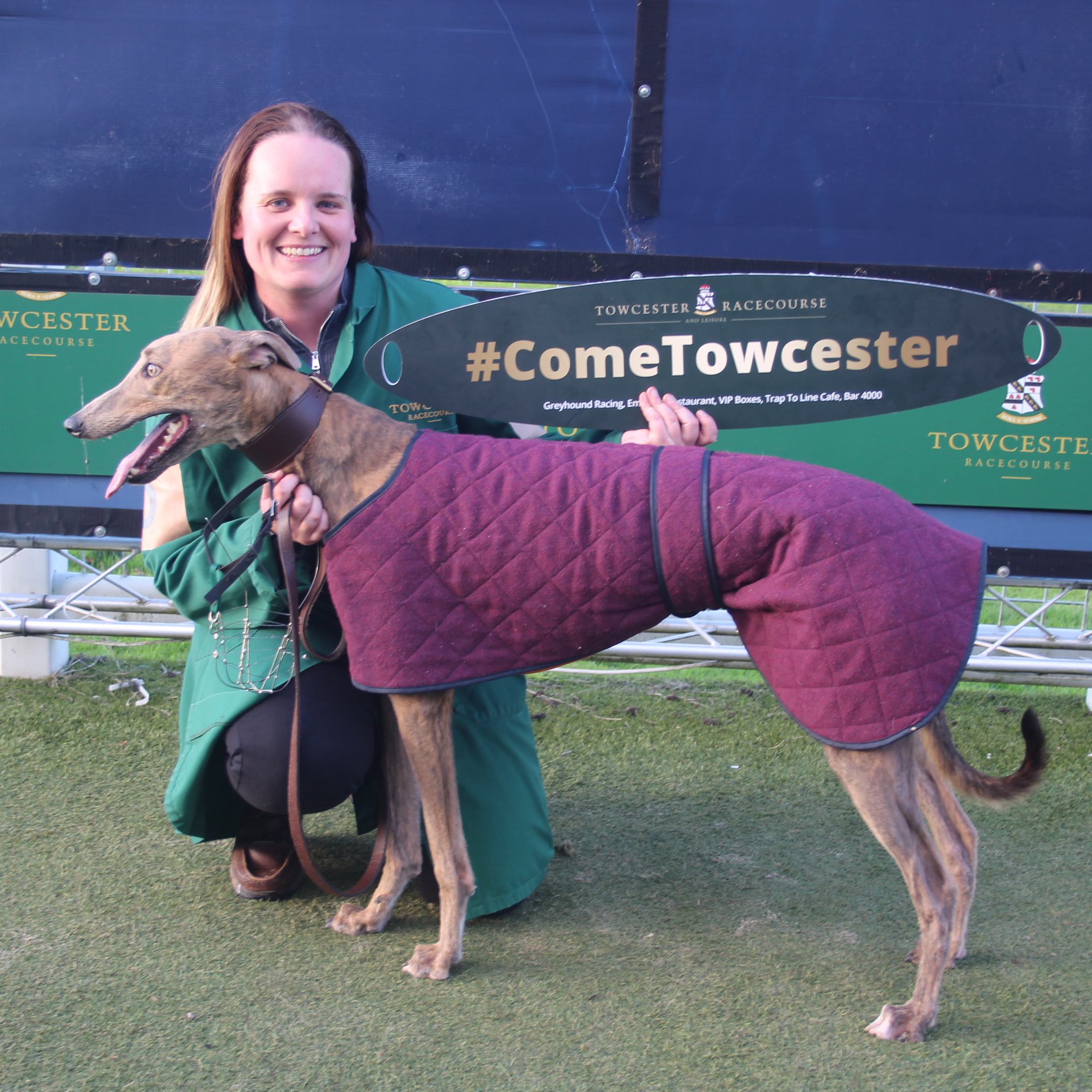 Dusty, Lola and Shrewd Call, fly in the Sovereign Stakes

The Gain Nutrition Sovereign Stakes continued this week with three tantalizing semi-finals, on a day when all the stars were on show.

Crossfield Dusty kicked off proceedings in fine style, showing incredible early pace to take the lead out of the boxes and was never going to be caught by the chasing pack. He stormed home for the fastest time of the semi-finals (15.64s). Drawing Trap 6 in next week’s final will not hinder Patrick Janssens’ runner and he will be hoping to add another final victory at Towcester for the himself and owner Mr M. White. Matts Malibu fought hard for second to qualify. 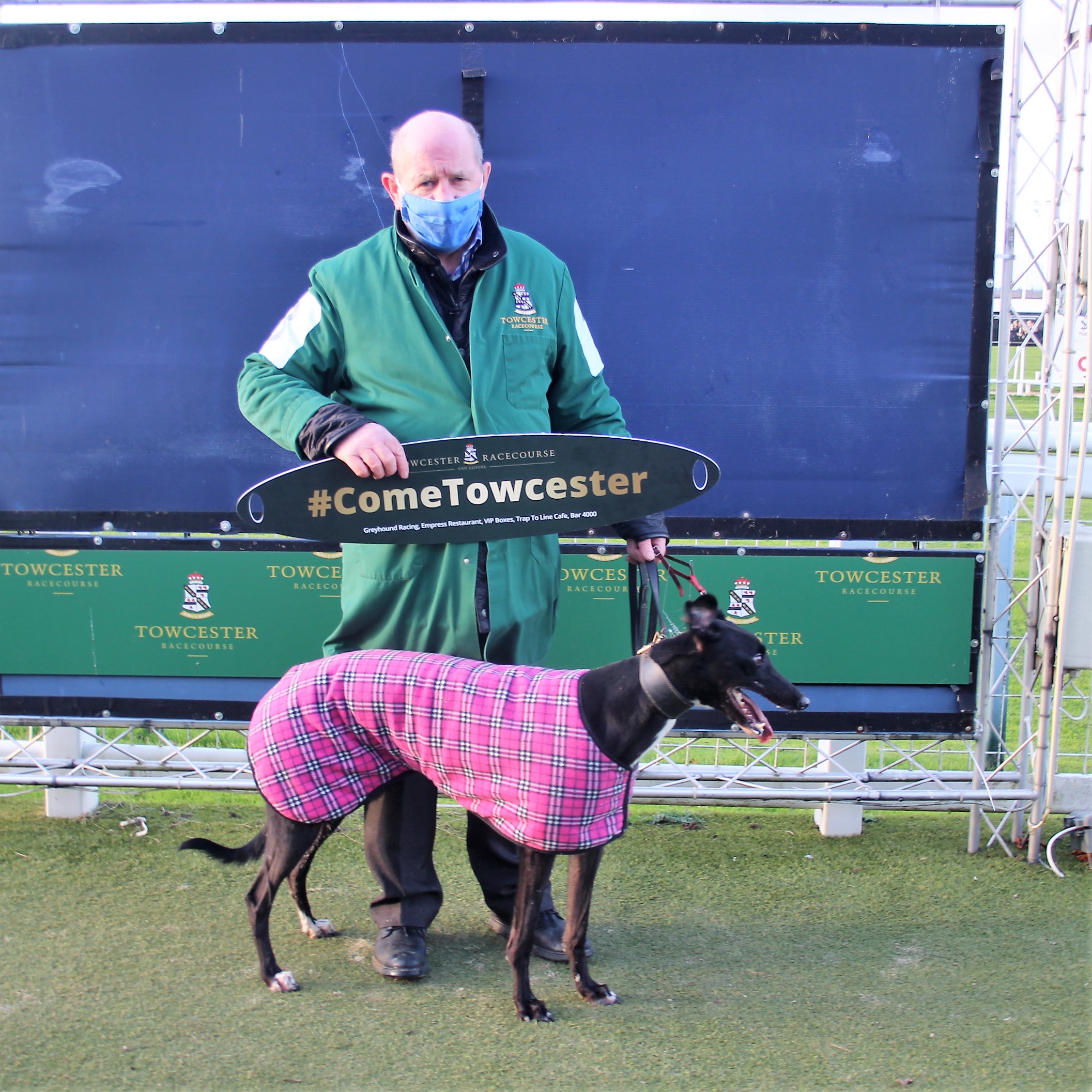 Pocket Lola won the second semi-final straight from the boxes, blasting away for Seamus Cahill and the Magnificent Five syndicate, to win in very impressive style. The race was marred by an injury to dual Category 1 winner Bockos Jon Jo, who we wish a speedy recovery and long and happy retirement. Havana Class followed the winner to come second and is well drawn as the only railer in next week’s final. Time for Pocket Lola 15.77s. 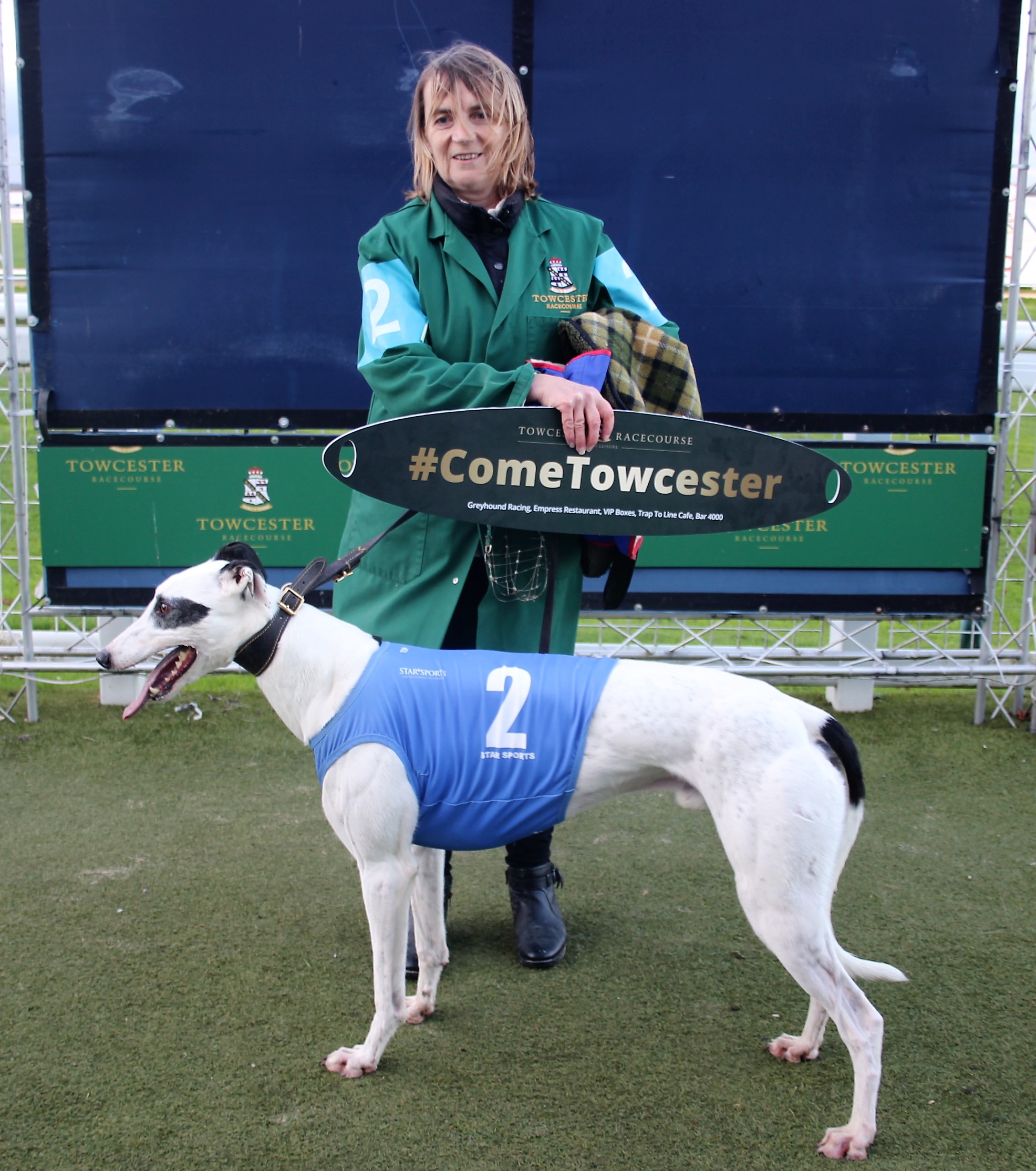 In the third semi-final, Shrewd Call showed that it’s not always about trapping in sprints as he chased down the excellent trapper, Billericay Tony, to take the win on the line in a time of 15.91s for David Mullins and Miss K. Searle. David Mullins will fancy his chances next week with half the field represented by his in-form kennel. 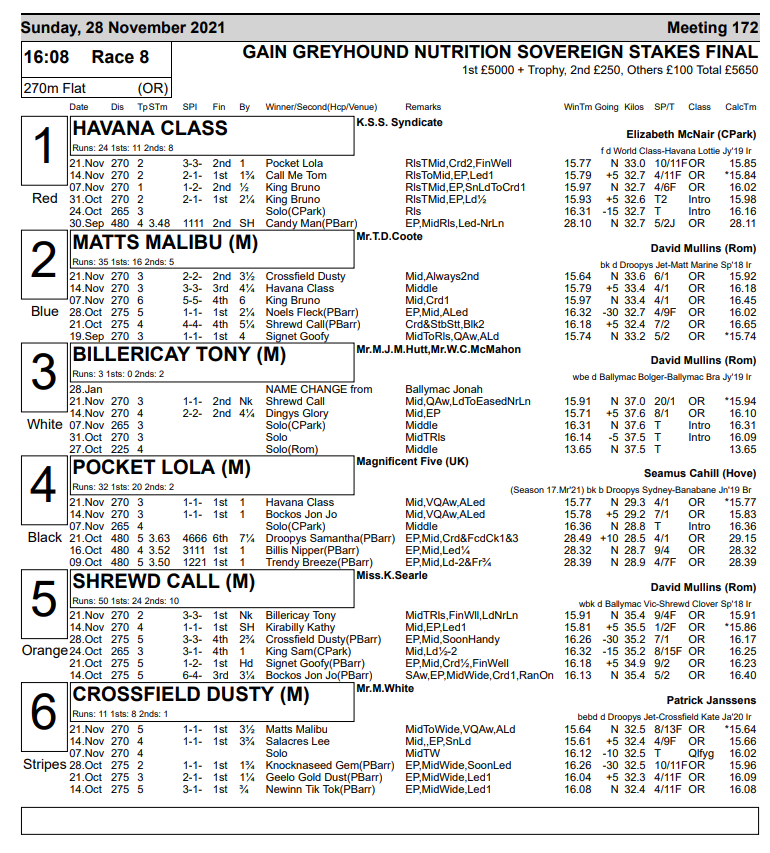 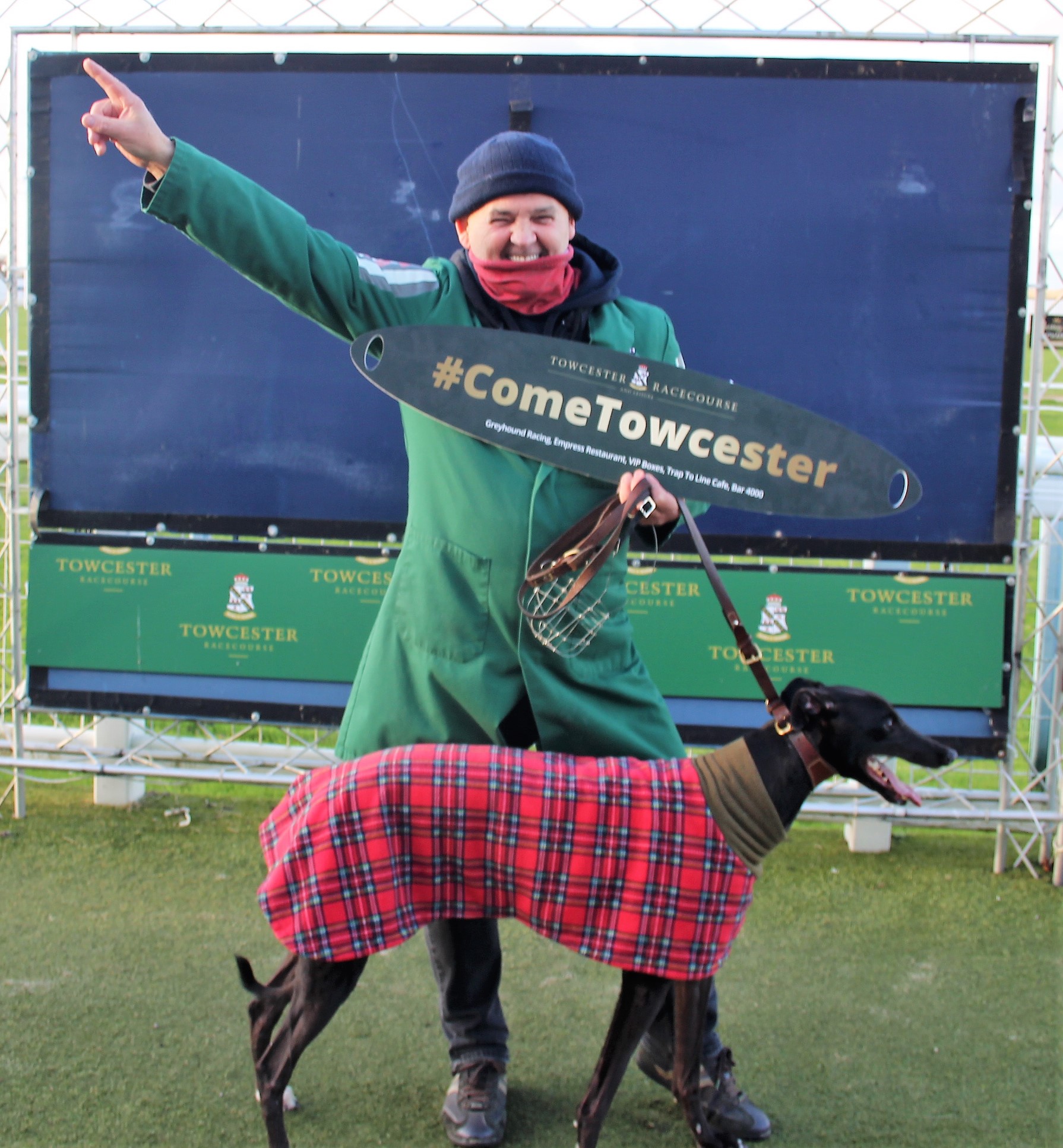 With the Puppy Derby set to commence next month, all eyes were on the Puppy Derby Trial Stakes, with some of the most promising newbies gracing the sand at Towcester. Droopys Decibel showed everyone that wides can win from behind as she showed tremendous back straight pace to take the lead and win for Angela Harrison, however it was Havana Bale Out that would have had most peoples mouths watering. Elizabeth McNair’s runner had always been tipped to be the kennel’s new superstar. Winning impressively last week, the Ap’20 bitch was placed in the classiest trial stake, alongside Patrick Janssens Lautaro, another favourite for the Puppy Derby. While Lautaro found trouble early on, Havana Bale Out chased down the fast-starting March On Ted and stormed home in front of a fast-finishing Ballyblack Speed in a phenomenal time of 29.21s. The final Puppy Derby stake added another winner for Patrick Janssens, with Romeo De Niro leading early and never looking like being caught in a winner’s time of 29.75s.

* Perfecto Storm continued his impressive form for trainer Sally Johnson and Mr J.D Schofield, winning for the 5th time in ten runs and losing its maiden tag at the third time of asking. An impressive training performance for a small kennel. 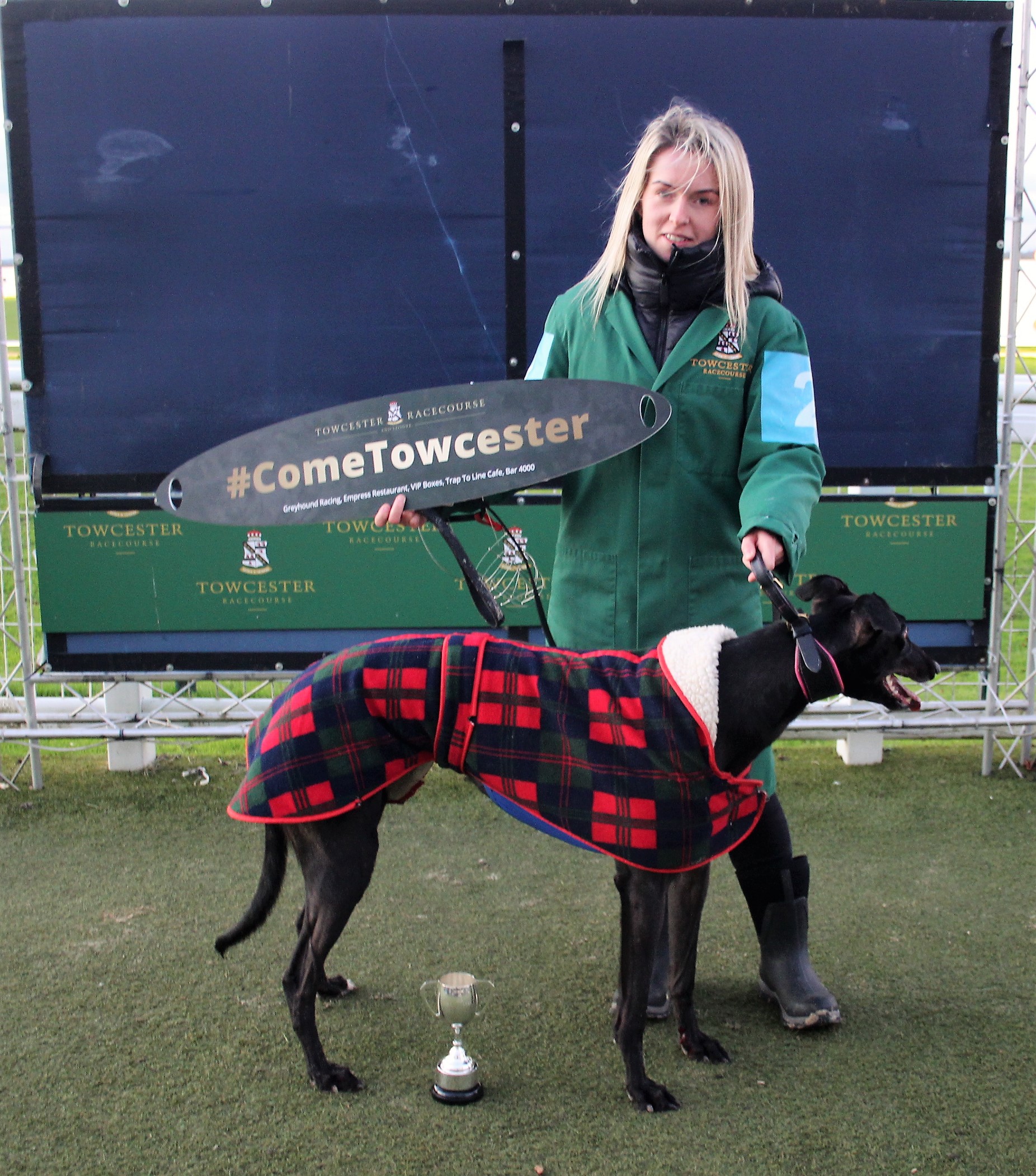 * Thorn Falcon returned to winning ways at Towcester, where he has had so much success for the Two Dragons and A Lion Syndicate. From his preferred Trap 6, he loved the solitude of the outside, to lead from the first bend and dominated the race in a time of 29.36s. 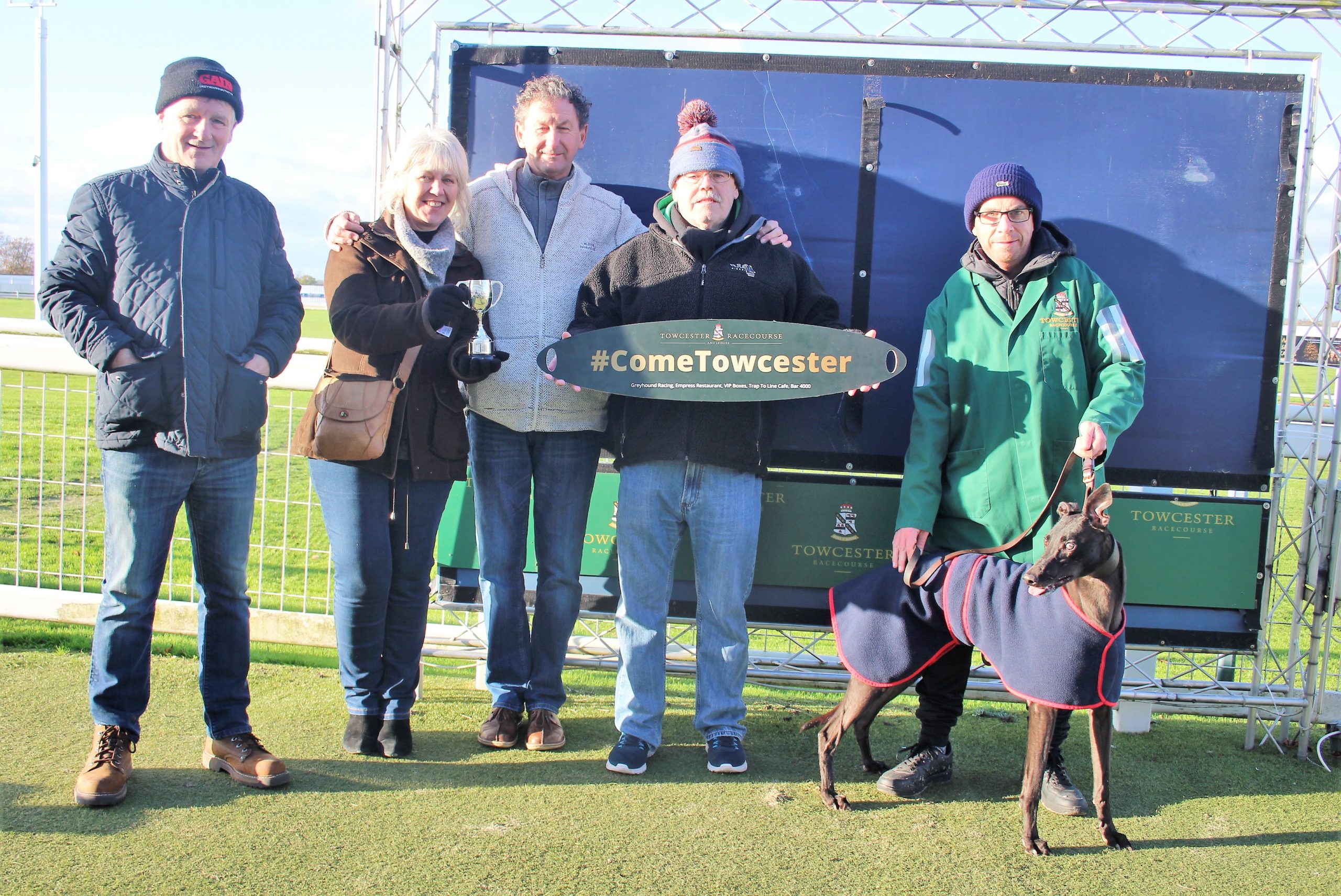 * For trainer, owner and track, an injury is always the hardest part of our sport, however a greyhound returning and lighting up the track is a great feeling that matches the worst and Agincourt Onyx for Caroline King has done just that. Since coming back after five months, he has returned to form, winning three out of four races for owner Mr. T. S. Piercy.

* Friday morning racing came to Towcester last week as the track hosted the previous Henlow fixture on an interim basis until the opening of Suffolk Downs. Trainer David Jeans enjoyed success with four winners, Centurion and Gerry’s Pet sharing the spoils in a thrilling sprint race. Remarkably all winners were for different owners. A great morning for Mr M.P.Hagen, Miss J D Payne, Mr S.G.Harvey and Mrs K.R.Wait. Meanwhile Lawrence Tuffin’s greyhounds continued their fine form with another hattrick, carrying on the trend of last week. * Seeing greyhounds start their England career is always something special. Frank Gray was able to enjoy this with both Forge Gold and At Ease winning their second races after being bought at the Towcester sales last month.

* Trainer Vicki Lea enjoyed Saturday night with four winners. Midfield Duke ran well on debut, showcasing another winner purchased from the Towcester Sales. Knockdrinna Mike also won his first race back after an injury that kept him off the track for over a month. * Saturday night was also the night for debutant winners. Savana Honey for Peter Harnden, Bennslittlelady for Richard Baker, Libra Shar and Elect Rick Razor for David Jeans, and Jumeirah Lola for Frank grey, all won on debut and have an exciting career ahead of them.