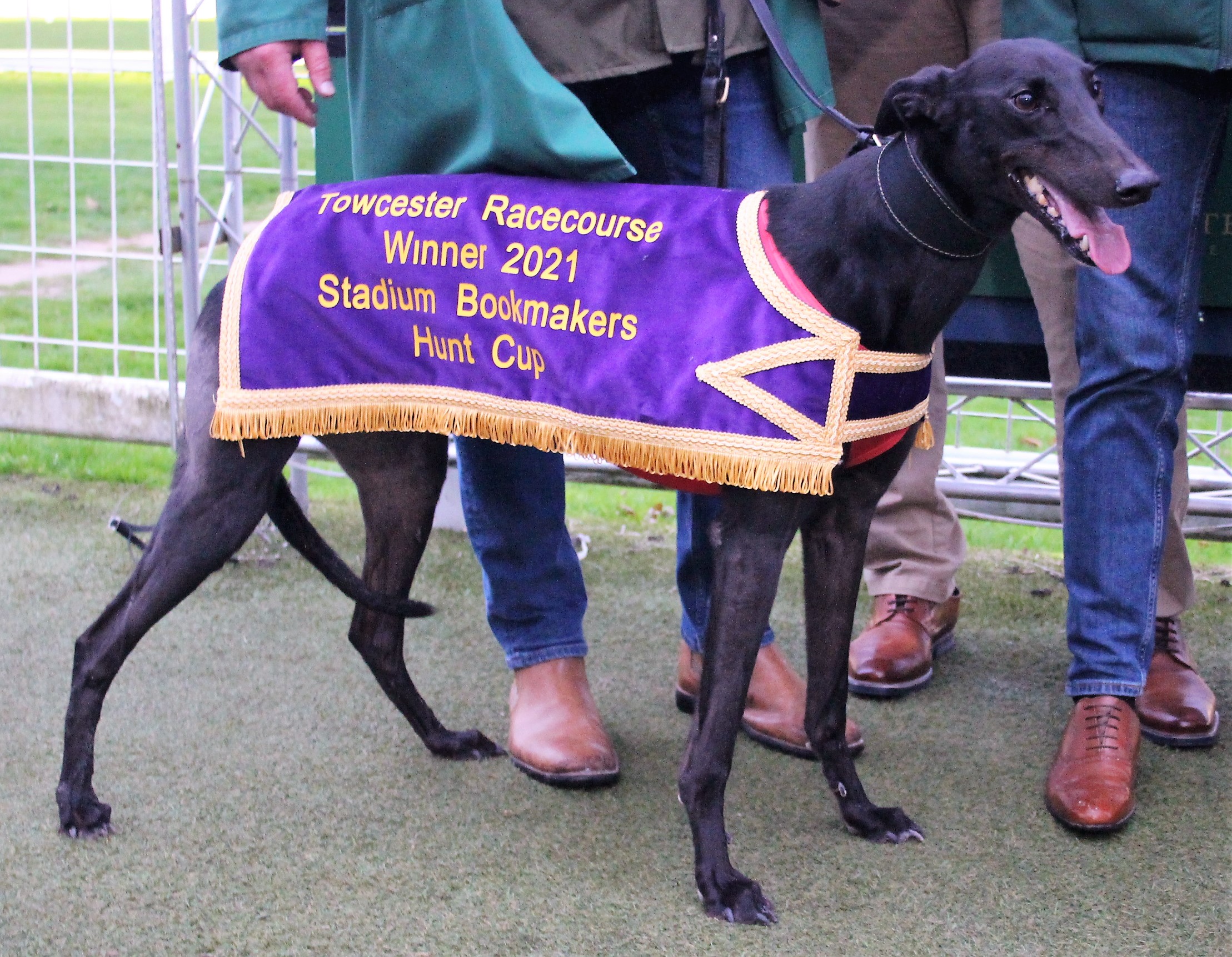 Salacres Pippy blows the record away in Hunt Cup Final

For many, the Stadium Bookmaker’s final was a race too tough to call with a mixed field of blistering early and strong finishers, but it proved to be anything but a competition. Peter Harnden’s Salacres Pippy stormed the race, demolishing the previous track record by ten spots in a mightily impressive 42.90s. 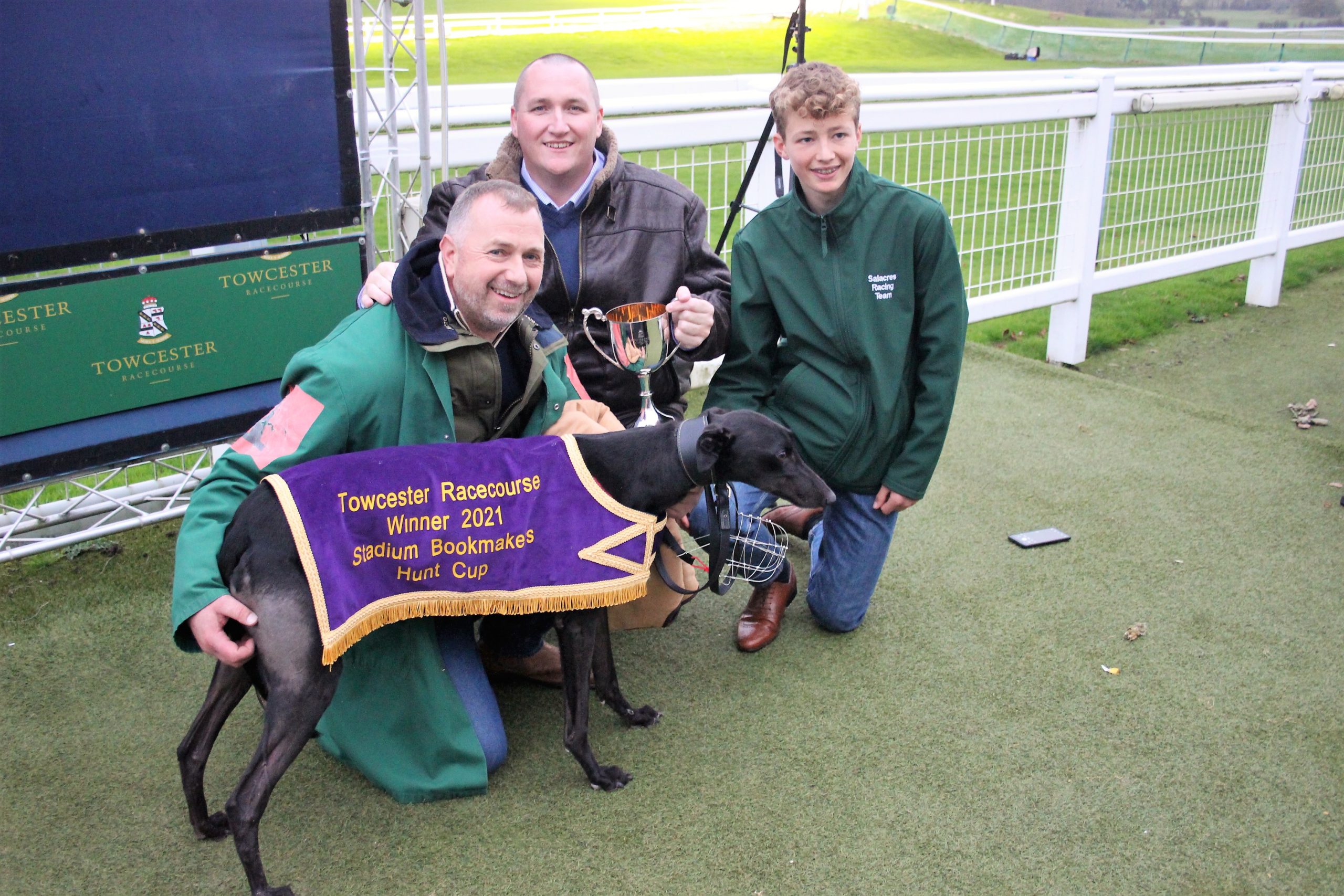 As the traps opened for the final, Salacres Pippy showed blinding early, getting to the front before the first bend and clocking a sectional time worthy of a top sprinter (16.06s). Aayamza Dream and Night Time Danny challenged hard around the final circuit but Salacres Pippy was not to be caught as she roared home for the Towcester crowd. 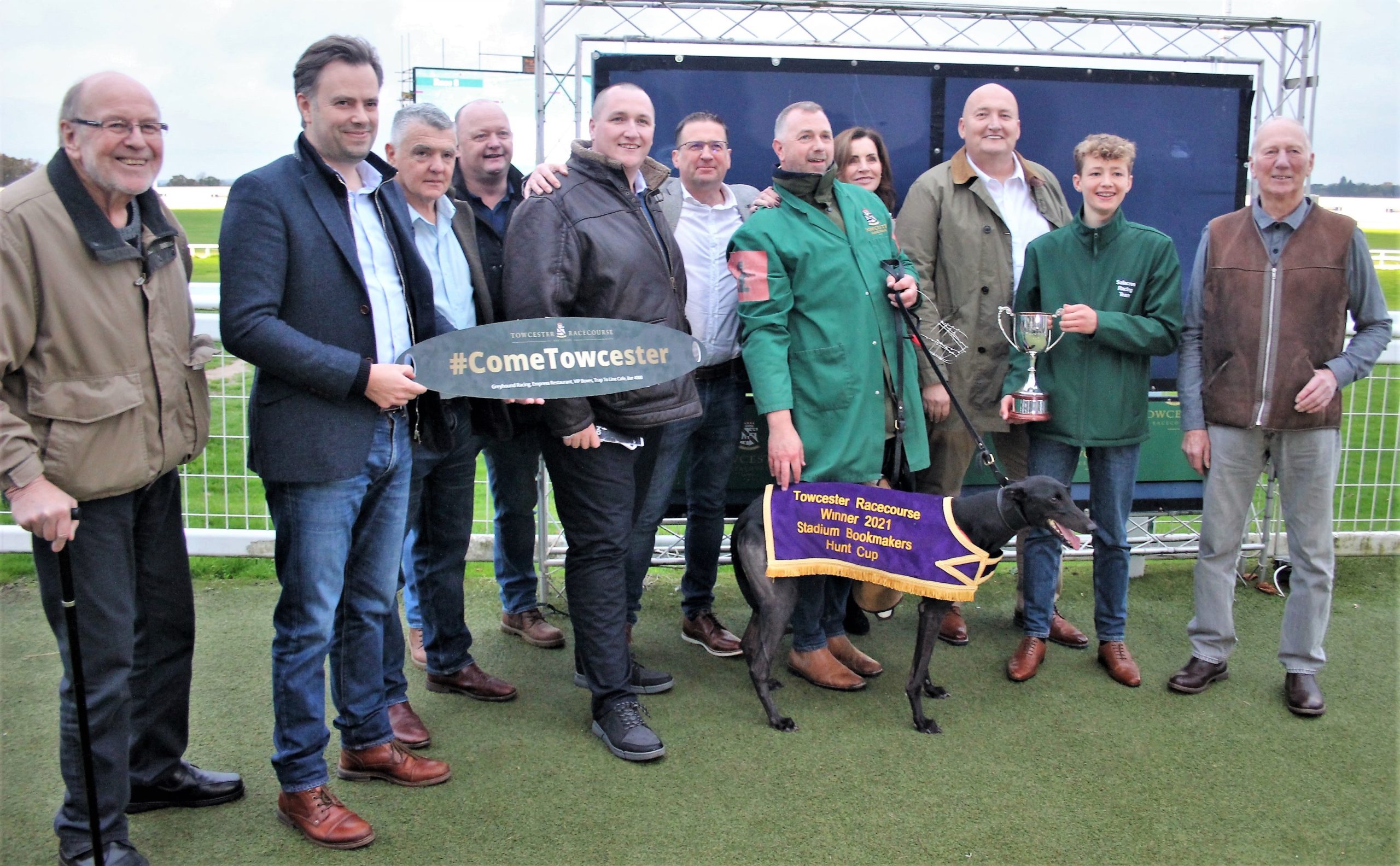 Trainer Peter Harnden was obviously delighted with his first ever Category 1 win and the bitch was not without plenty of love at the pick-up. The roar from connections as the track record breaking time was announced showed what it really means to be involved in greyhound racing and all were full of smiles as the trophy was presented. With a stayer like Salacres Pippy, it would not be a surprise if Peter’s second Category 1 win was just around the corner.

· In heat 1, Crossfield Dusty for Patrick Janssens and Mr M. White, showed great guts around the first bend, powering to the front to avoid the scrimmaging behind and winning comfortably in the fastest time of the heats (15.61s) Salacres Lee and Farran Patsy completed the qualifiers.

· Shrewd Call for trainer David Mullins and Miss K. Searle won heat 2, justifying its odds (1/2) but was followed hard and challenged all the way by a valiant Kirabilly Kathy, who took the favourite all the way to the line. Pennys Oxo finished a worthy third to qualify for next week’s semi-finals.

· Havana Class was all class as usual as he won in impressive style for the K.S.S syndicate and Elizabeth McNair, in a winner’s time of 15.79s. Call Me Tom and Matts Malibu ran well in behind but the 4/11 favourite was not to be beaten.

· Pocket Lola surprised in Race 4, romping home at 7/1, in a messy race with Bockos Jon Jo and Poker King coming in behind.

· Scala Omeara, for Nathan Hunt, impressed out of the boxes, pacing up early and blowing away the competition. Millridge Derby ran well on debut behind the winner and Knocknaseed Germ completed the Qualifiers.

· The favourite of heat 6, Dingys Glory was in no danger as dog stormed to the front early and won the heat in impressive style for owner and trainer Paul Shore. Billericay Tony and Romeo Indy both qualified for next week’s semi-final.