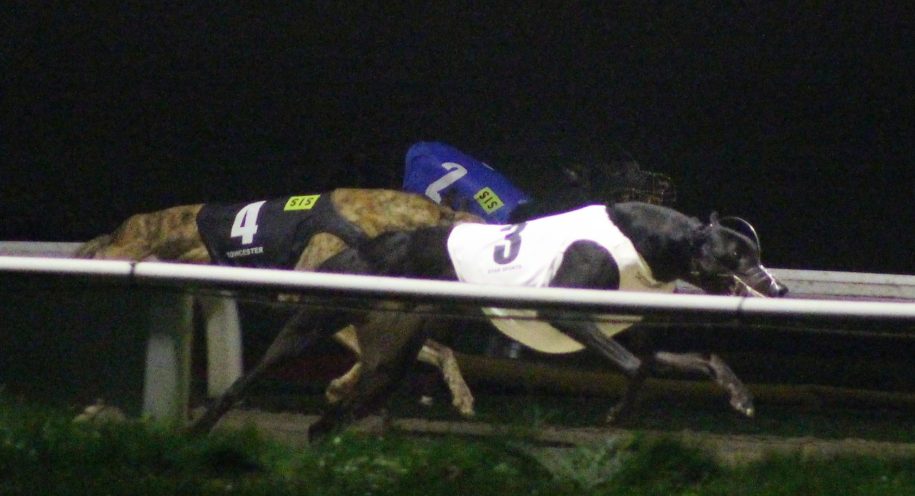 Posted by TowcesterRacecourse on December 20, 2021 | Featured

Seamus Cahill made it 2 years in a row, winning the RPGTV Puppy Derby Final with Make Noise after Surprising winning it in the previous year. Delayed due to fog, everyone was desperate to see this competitive race run. This race looked set for all 6 greyhounds to take the win but it was Jan 20’ dog for owners Keylight Hire Ltd that would take the race in great style. 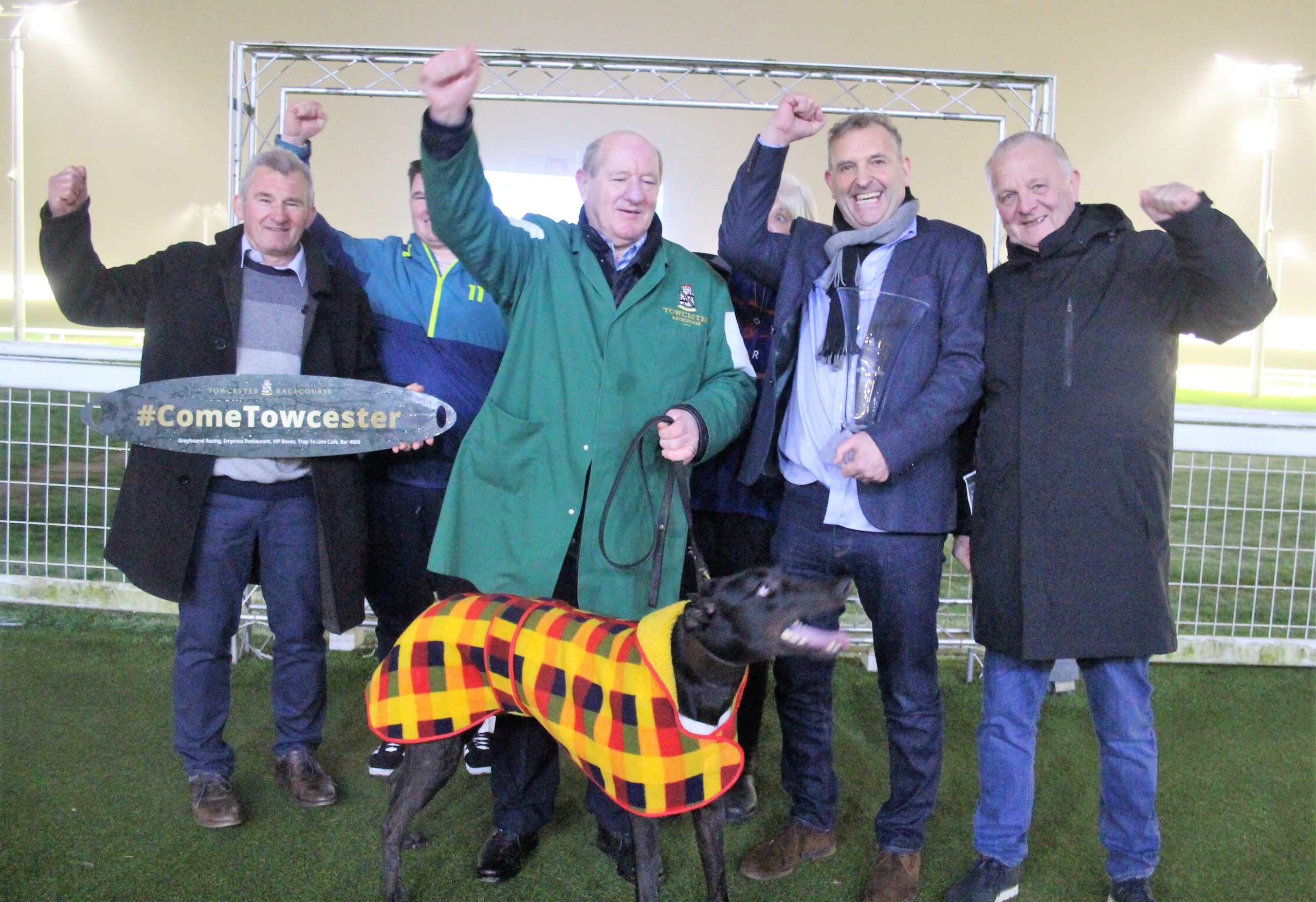 Heat 3 winner Signet Denver and Make Noise trapped the best in the final and the pair fought it out for the lead around the first bend but Make Noise on the inside was able to avoid the trouble in behind to take the race and extend his advantage, winning in a time of 29.71s, in front of a fast finishing Call Me Steve. This added to the list of Cat 1 winners for Seamus Cahill at Towcester, who will be hoping that Make Noise will be able to continue its growth to feature in the Greyhound Derby and repeat the triumph of Astute Missile that won it in 2017. 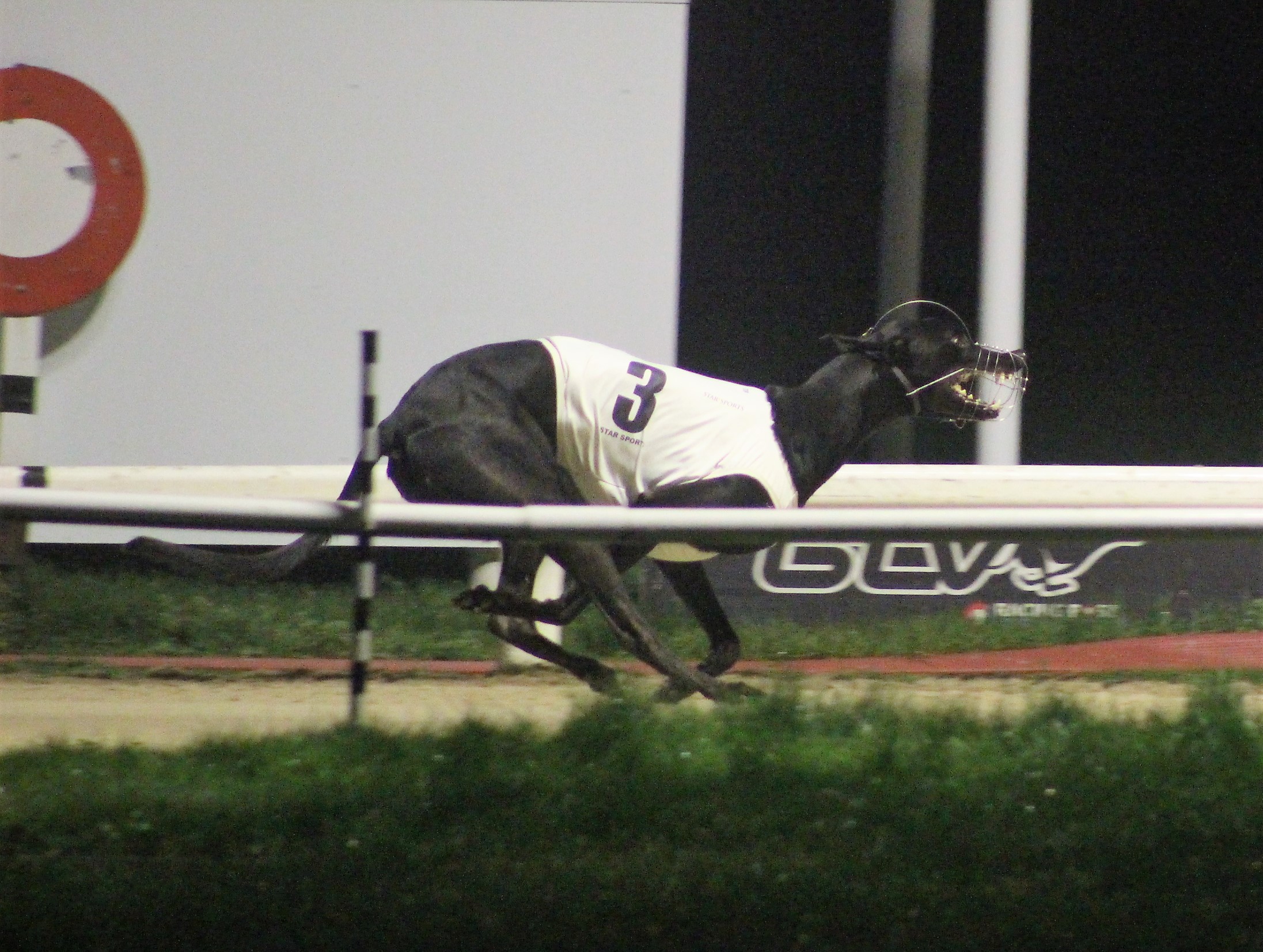 Towcester wish all congratulations to Seamus Cahill and connections. Also a massive thank you to RPGTV for their continued sponsorship of this competition.

· Castell Nia for Robert Short won on debut in a D3 sprint. She did not trap the best but ran bravely to take the lead at the first and won in a time of 16.11 which will likely see the greyhound running in D2 company next week.

· Riser completed its hattrick of wins on Sunday, winning its third consecutive race in D2 company. Will a D1 stop this greyhound from winning?

· Hather Stout for trainer Vicki Lea had his 100th race this Sunday afternoon, an amazing milestone for any Greyhound.

Greyhounds going for a hattrick

All photos are credited to Jim Tate