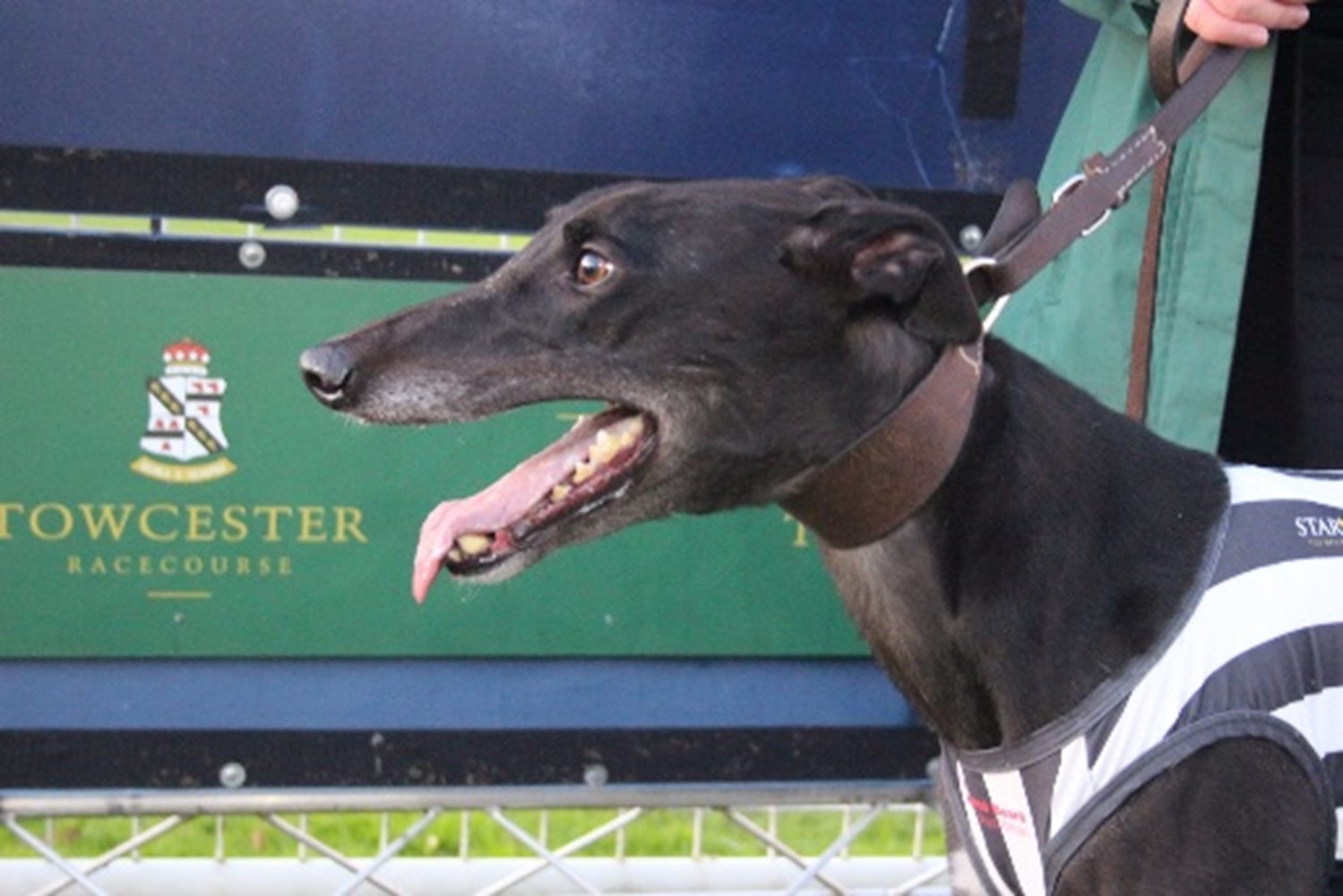 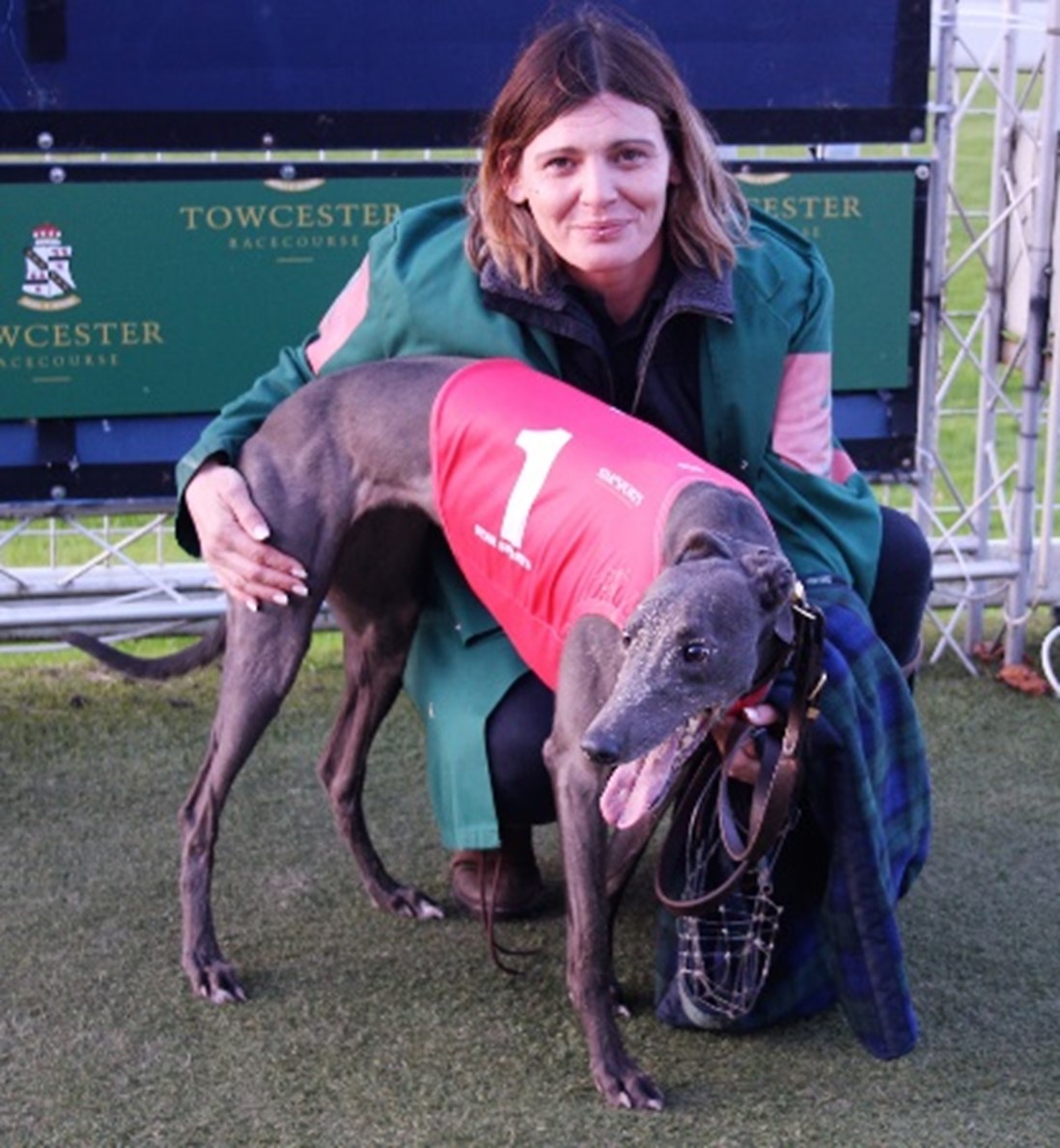 with the strong finishing Antigua Lava (Trap 1) and Night Time Danny (Trap 5) going up against the early pace of Salacres Pippy (Trap 2) and Blueberry Bullet (Trap 4) but it was Trap 6, Burgess Elite that stole the show.

The first semi-final carried on where last week left off with another exciting finish. Troy Suzieeq showed great early pace, leading the field for all six bends but it was a charging Aayamza Dream that had the crowd shouting as she came past Night Time Baby coming off the last before storming after the leader. The Mark Wallis runner got up on the line, putting in a winners time of 43.54s for the Aayamzaboys syndicate.

Bubbly Cristal completed the qualifiers for next weeks final.

The second semi-final seemed hard to call for many but it was the only middle seed of the race that dominated. Burgess Elite made all the running, racing away before the first and never looking like being caught. John Mullins’ runner looked every bit a super star stayer as she clocked an impressive 43.17s. Salacres Pippy battled hard for second with Night Time Danny completing the field, setting up a final worthy of the old Hunt Cup name.

Draw for the Final on Sunday the 14th November as follows: 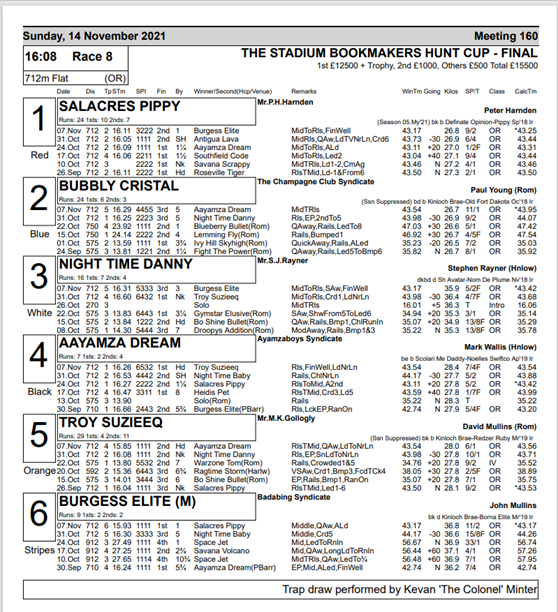 Trainers set their sights on the Sovereign Stakes

In a sprint worthy of a Category 1 final, King Bruno came out on top in a messy race, beating kennel mate and track record holder Havana Class in a time of 15.97s for trainer Elizabeth McNair. Everyone was happy to see Trap 3, Knocknaseed Gem, complete the circuit after a fall, showing everyone he was alright with an extra lap of honour before being checked out by the track vet.

Young blood shines ahead of the Puppy Derby

With the Puppy Derby shortly to commence, the pups were on display last Sunday and none stood out more than Lautauro for Patrick Janssens. The February 20’ dog blew the field away, clocking a mightily impressive time of 29.38s and will surely be one to follow in the Puppy Derby and the Greyhound Derby next year.

In race 4, Oh Darknstormy surprised on its first time over the 500m trip, removing its maid

en tag at the first attempt for John Mullins. At 18/1, I’m sure it was cocktails all round for connections. Oh Darknstormy looks an exciting prospect, sure to feature in the Puppy Derby. 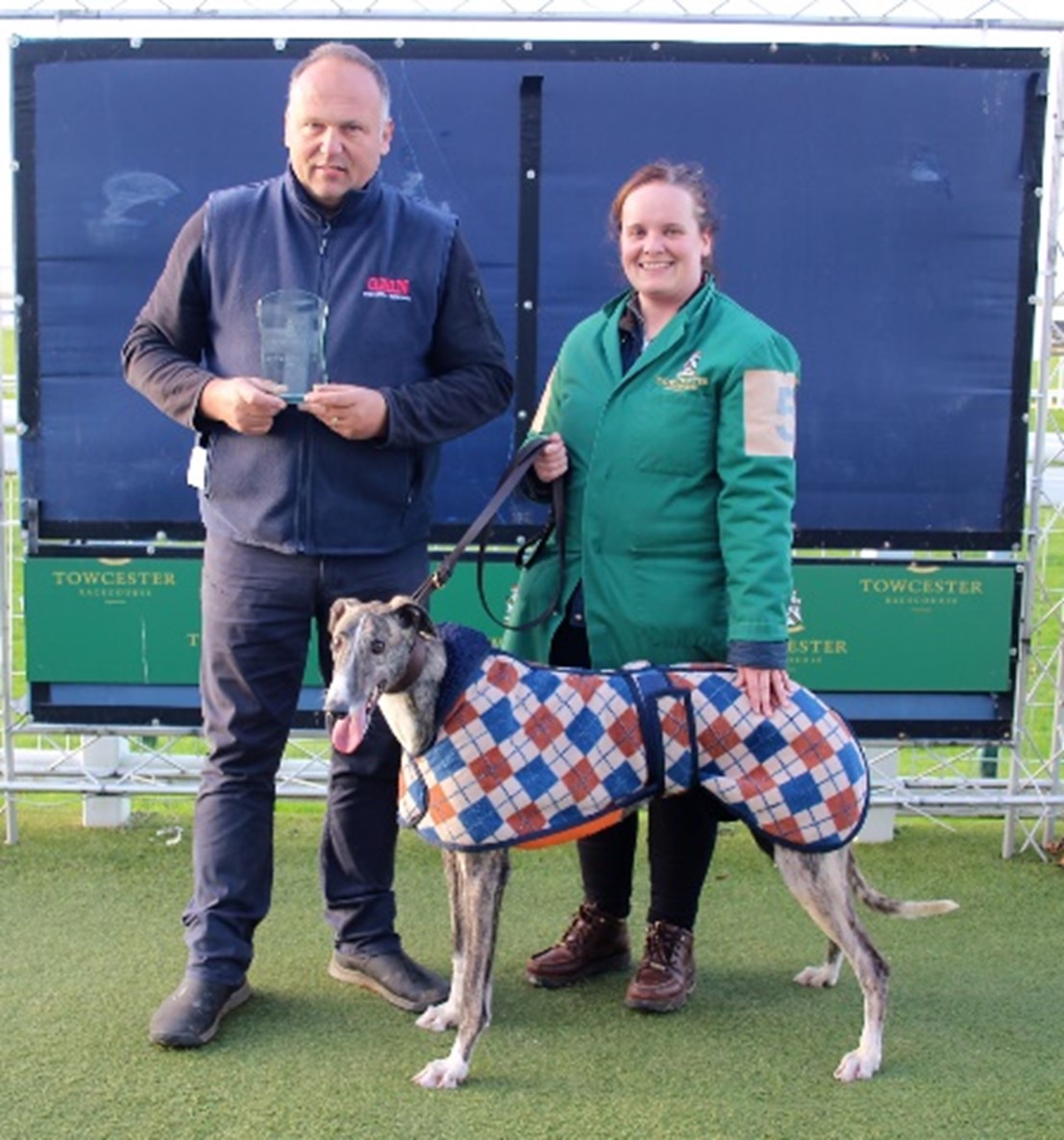 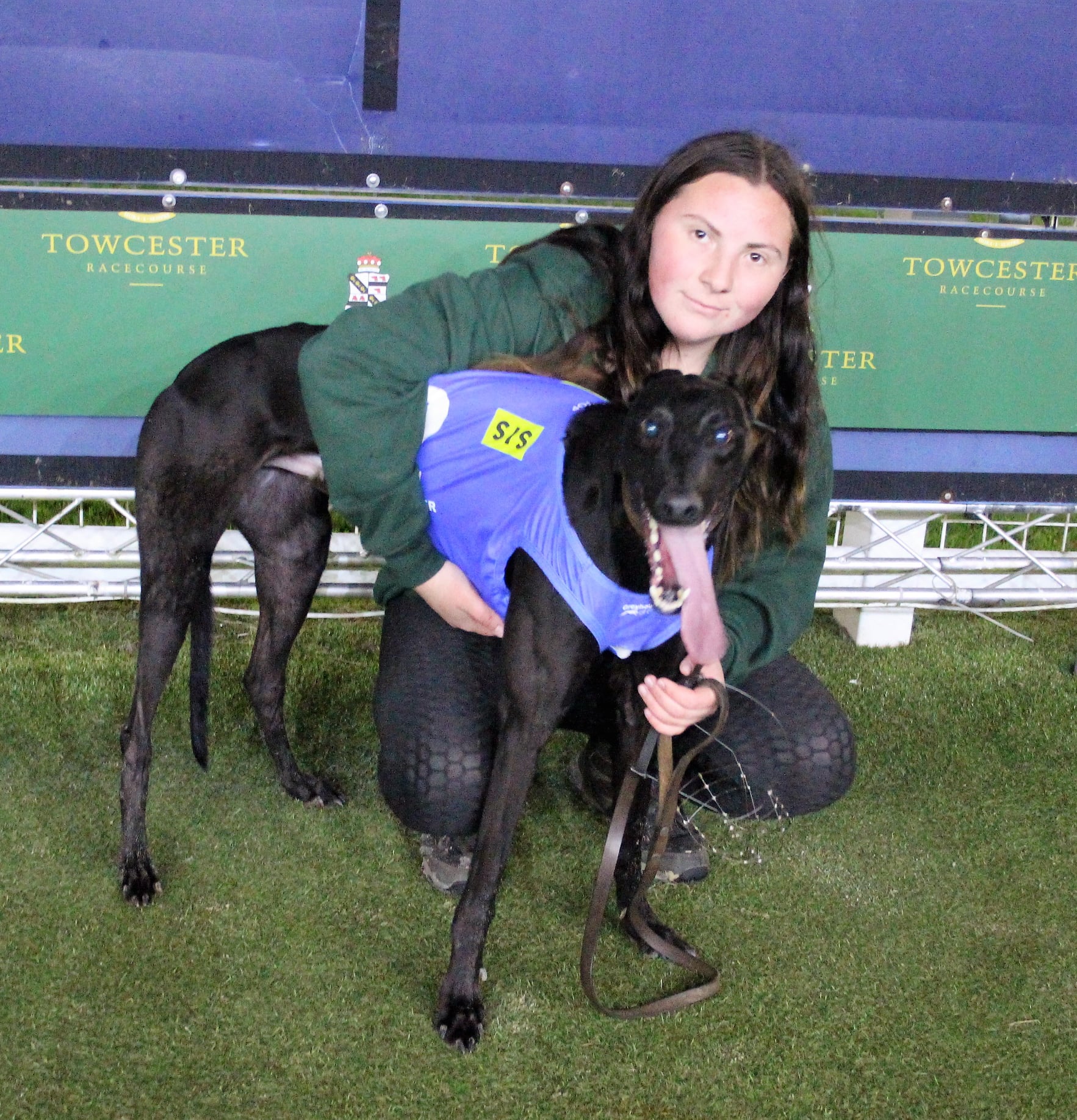