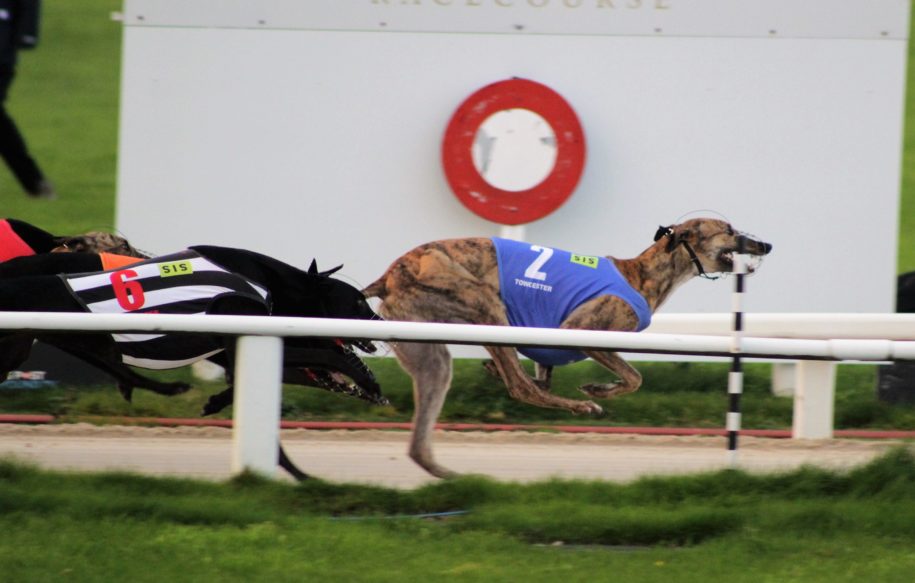 Posted by TowcesterRacecourse on December 13, 2021 | Featured

With Christmas soon approaching, the runners in the RPGTV Puppy Derby semi-finals were out hoping to bring an early present for their trainers. With two semi-finals featuring the most exciting puppies around, it was a truly memorable start to Sunday’s card. In a messy first semi-final, Alien World broke well but was hindered by Romeo De Niro, allowing Skywalker Forte to sweep through on the inside. Ted Soppit’s runner never seemed like being caught as he extended his advantage to win in a time of 29.59s for owner Mr R.Patterson. Skywalker Forte was followed into the final by Callmesteve and Maturereflection. 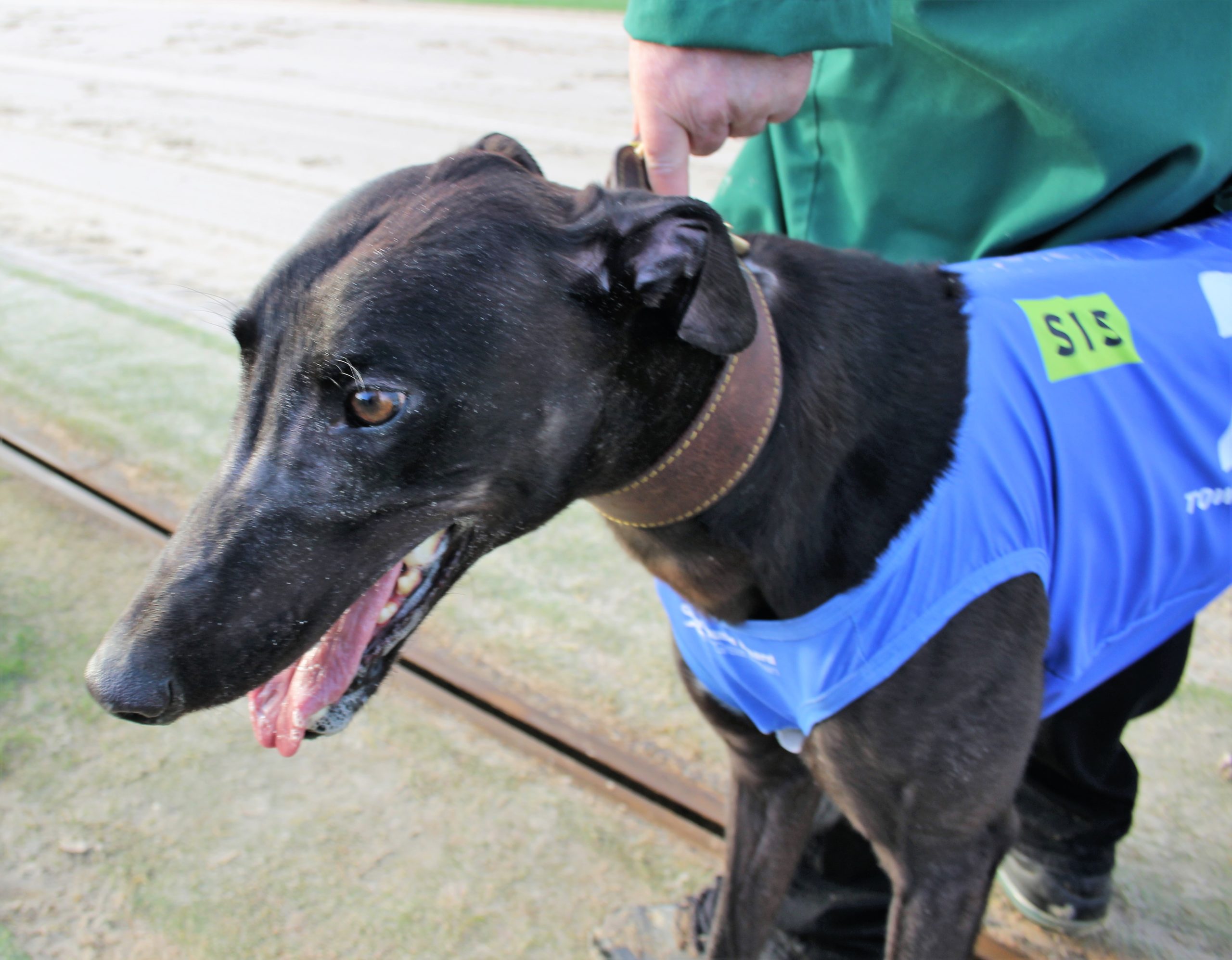 The second semi-final was all about early pace and that came from Signet Denver. Kevin Hutton’s impressive winner burst from the boxes and got clear of the trouble in behind at the first. Make Noise battled hard but Signet Denver was never going to be caught as he made it 3 from 3 and will be looking to go un-beaten through the competition. Signet Denver did a time of 29.52s for Kevin Hutton and owner Mr A.W.Brealey. Make Noise and Enthusiast also qualified. 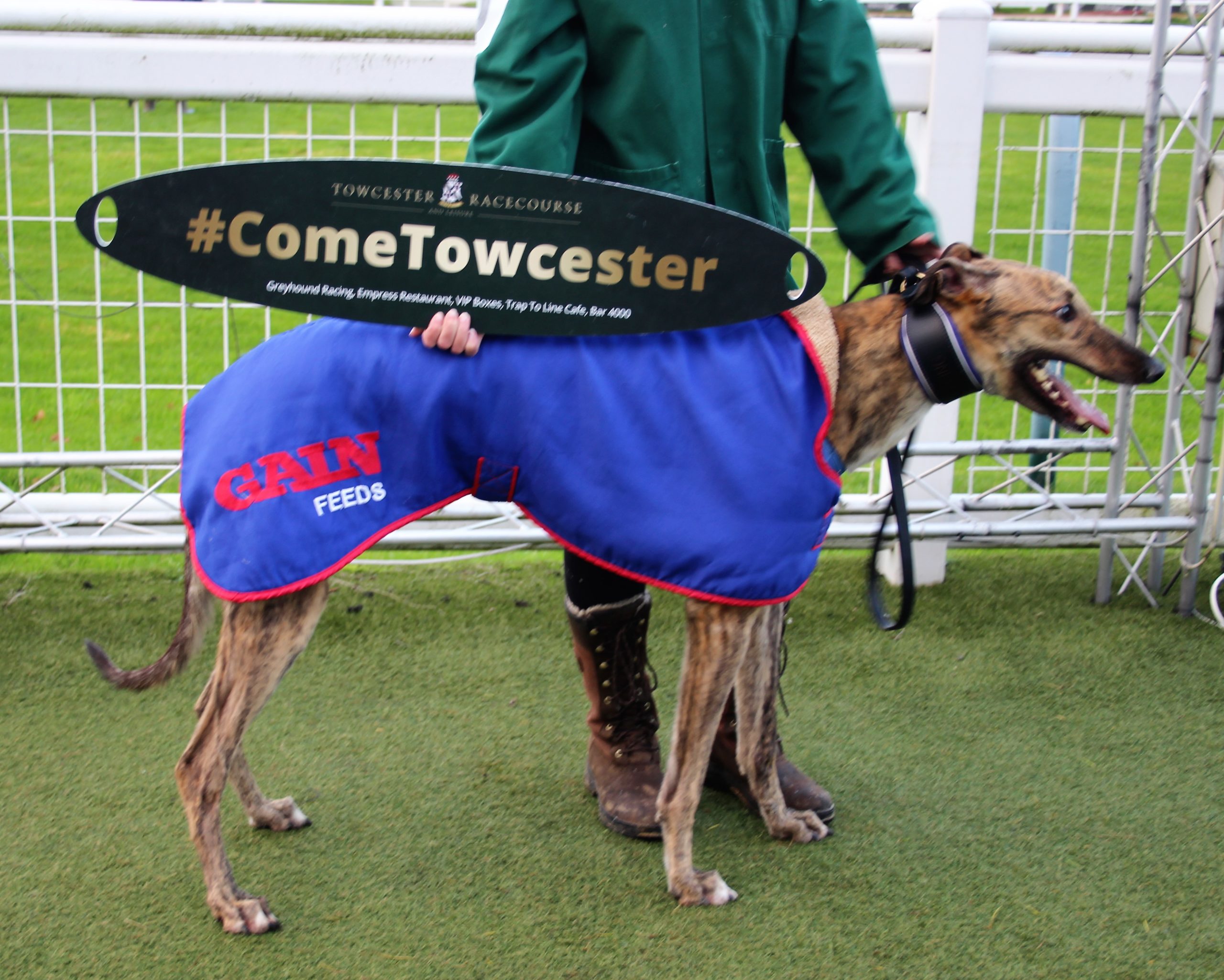 This captivating final will be ran Sunday 19th December, gates open at 1 o’clock. 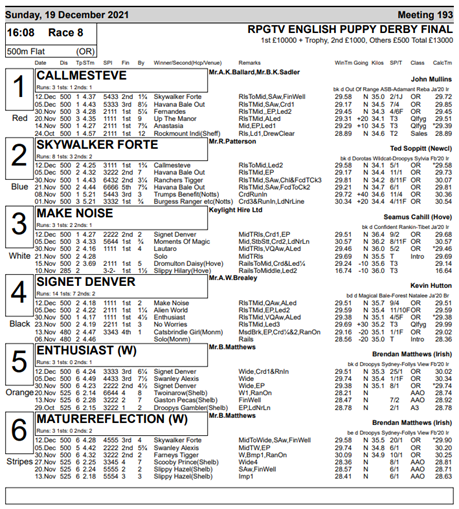 * Stephen Rayner would have enjoyed the early start as his greyhounds recorded 4 wins in the 10 race card. Wins came for Greencroft Spot, Waikiki Alex, Wood Misty and Bling Bling Cora.

* Robert Short was feeling festive on Saturday night with a hattrick of winners. Camp Nora, who will be racing for her own hattrick in her next run, Never In Doubt and Good Quest earnt the Shorts their hattrick.

* Savana Stowe made it 3 out of 3 for owner Mr Kevin Boothby and trainer Bradley Stowe. An impressive training performance and we can only guess when this runner will stop winning. 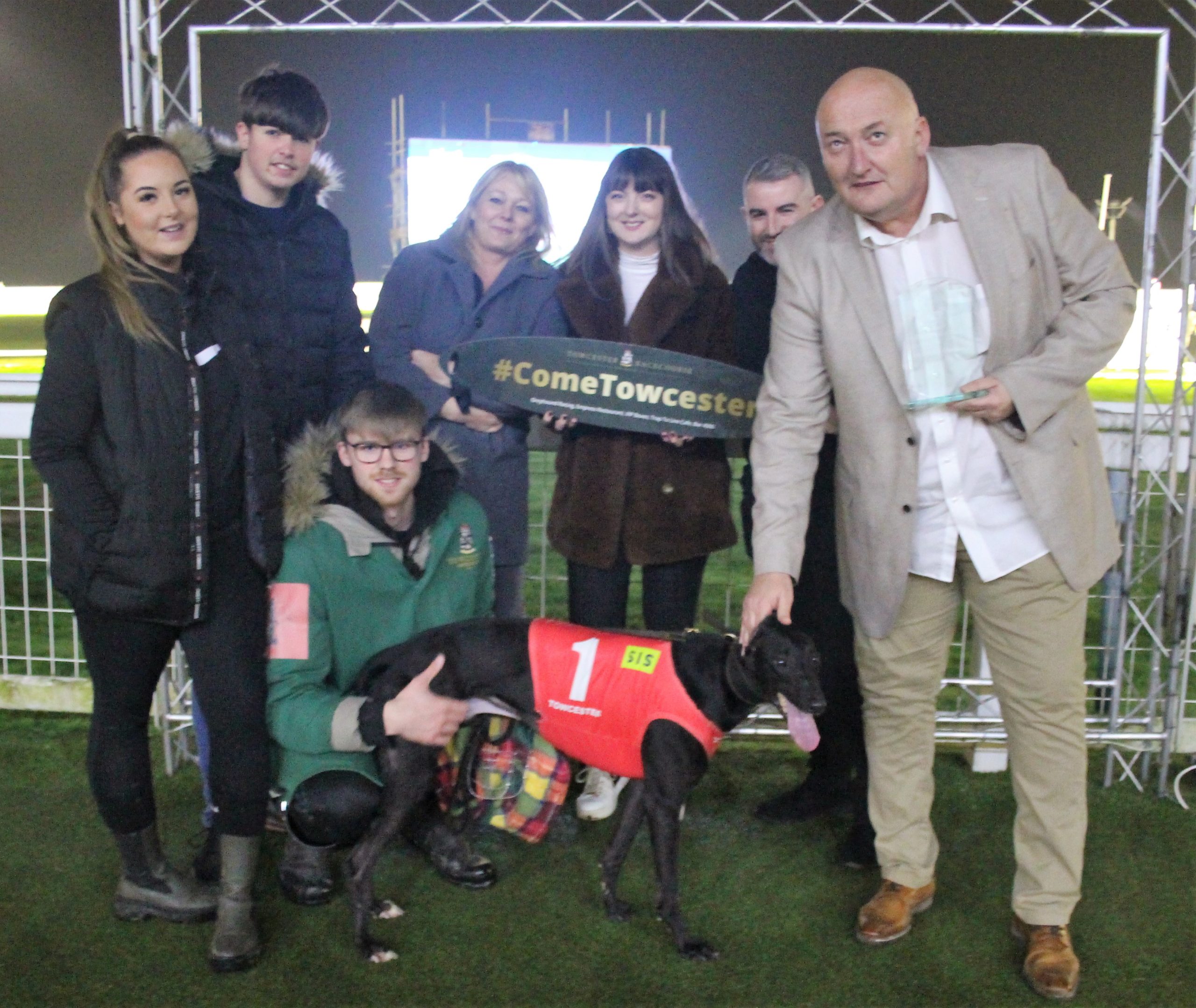 3 greyhounds will be competing for their hattrick’s next week.

All photos are credited to Jim Tate