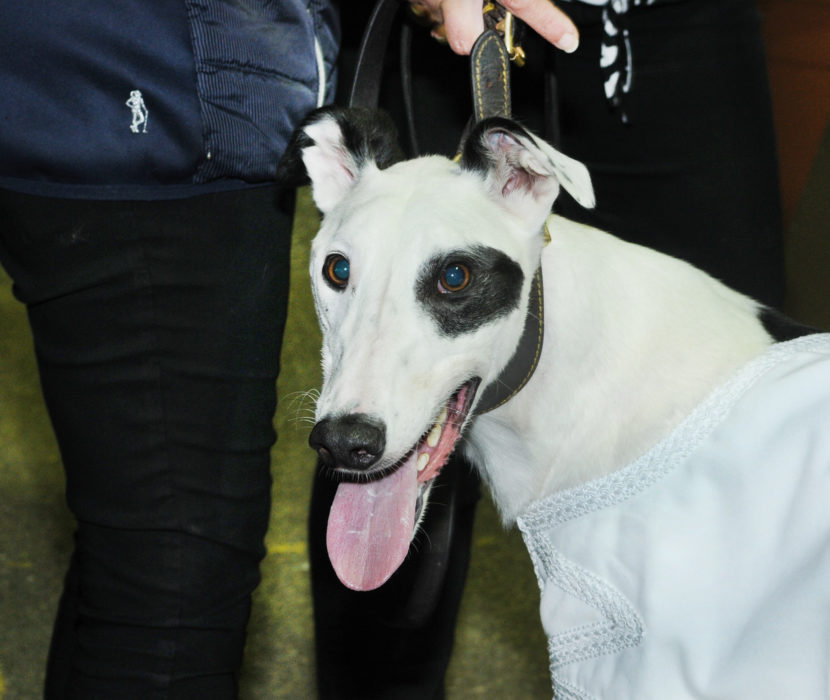 Posted by TowcesterRacecourse on December 3, 2021 | Featured

With Sunday’s abandoned meeting, the Sovereign Stakes Final was moved to Tuesday night on what was already a top-class card with the heats of the Puppy Derby covering 8 of the first 9 races. The Category 2 GAIN Greyhound Nutrition Sovereign Stakes would not be overshadowed by the pups however, it was taken by the sprinter of the year, Shrewd Call.

David Mullin’s greyhounds dominated pre-race but he would have been disappointed with Billericay Tony being withdrawn lame. He would have been all smiles though as the traps opened and Shrewd Call showed why he was named sprinter of the year. Going un-beaten in this competition saw him pick up a worthy hattrick.

As with most sprints, it was a race of who would break first and many might not have expected, on recent form, for it to be Shrewd Call. However on his 51st race he managed the bingo break and showed amazing track craft to hold the lead at the first bend. Shrewd Call continued to run hard against a quick finishing Havana Class in a winner’s time of 15.59s for owner Miss K. Searle, giving this impressive greyhound another feather in his cap.

The pups exploded onto the track in the RPGTV Puppy Derby in 8 excellent heats. Featured were surprise winners such as Make Noise (Cahill), Home Caelan (Boon), Farneys Tigger (Boon), Alien World (Frank Gray), and Ranchers Tigger (Yeates). With some impressive performances for the favourites like, Signet Denver (Hutton), Romeo De Niro (Janssens) and Call Me Steve (J. Mullins). Setting up 4 incredible quarter finals at Towcester on a Sunday afternoon that should not be missed. 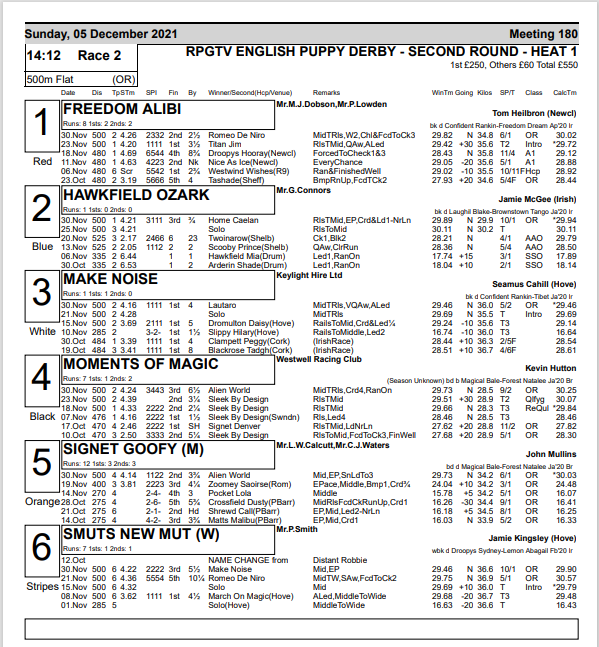 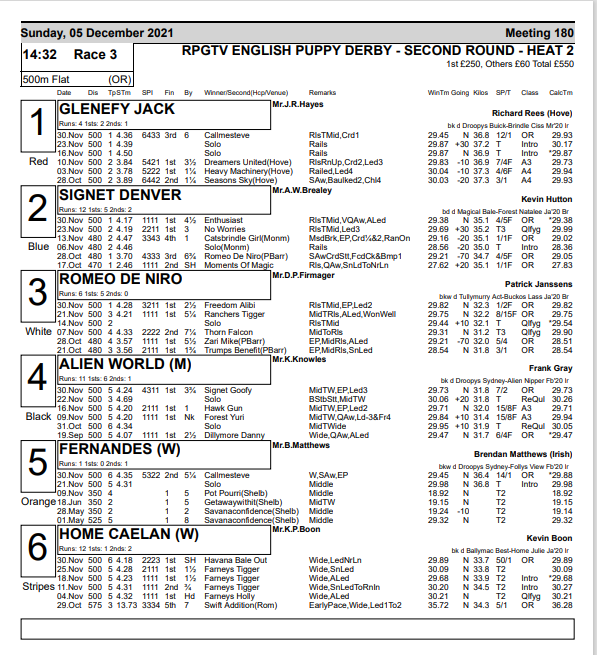 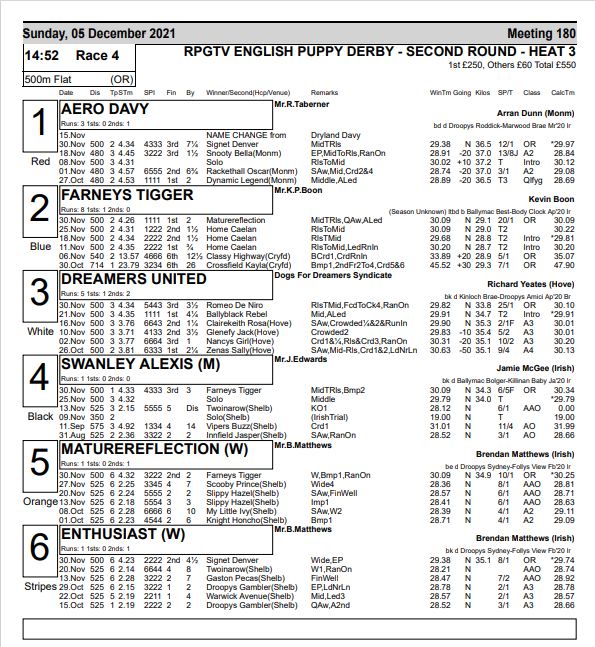 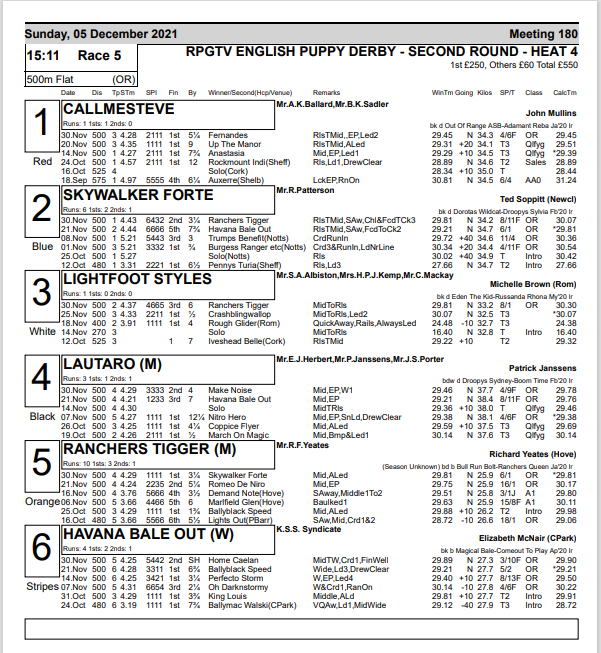 Graded Performance of the Week

* Bradley Stowe had a fantastic Thursday morning with the first three winners. Wins for Savana Stowe, House Of Magic and Millridge Derby gave Bradley an early Christmas present of a quickfire hattrick.