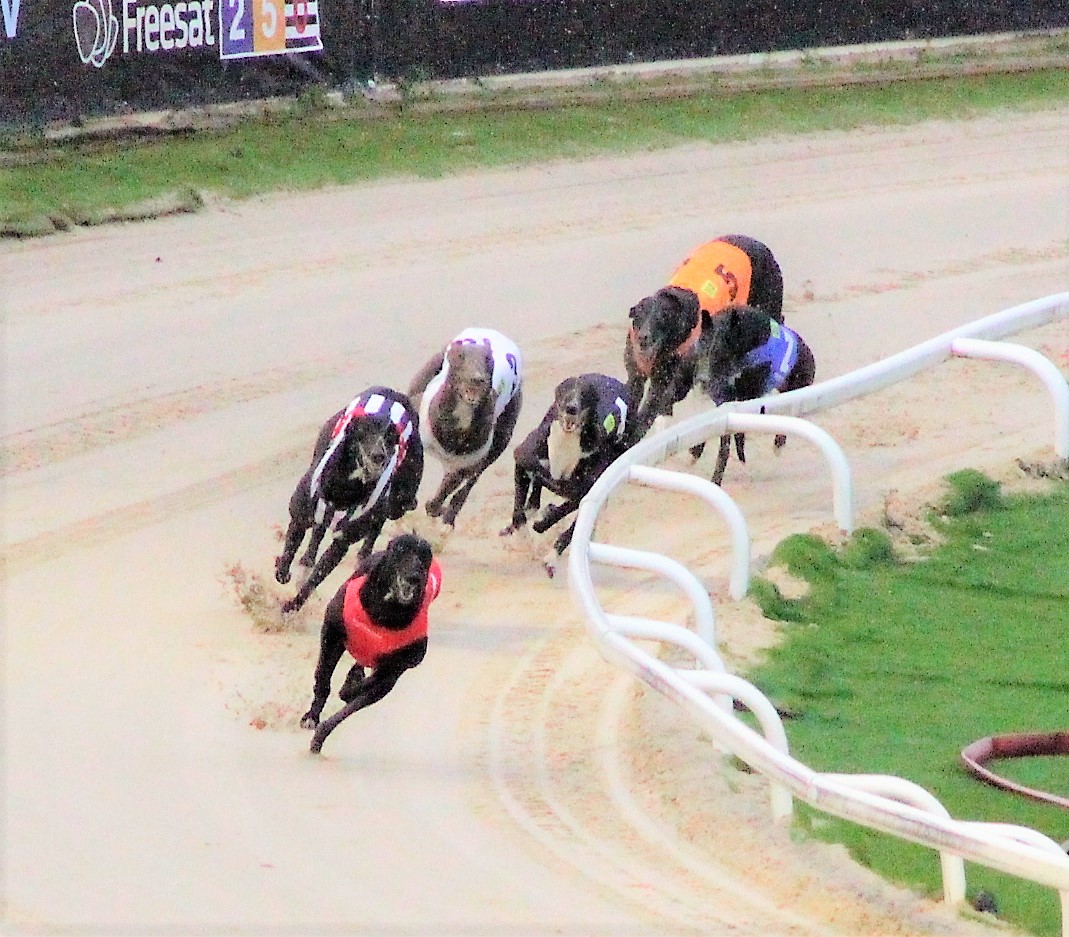 On Monday night, Our Villanelle won on her Towcester debut. She came in as a reserve in the race but was not hindered by that as she took the lead on the first bend and showed how much she has enjoyed her switch from Henlow to Towcester. A good win on debut for trainer Roger Dimmock and owner D. Coleman. 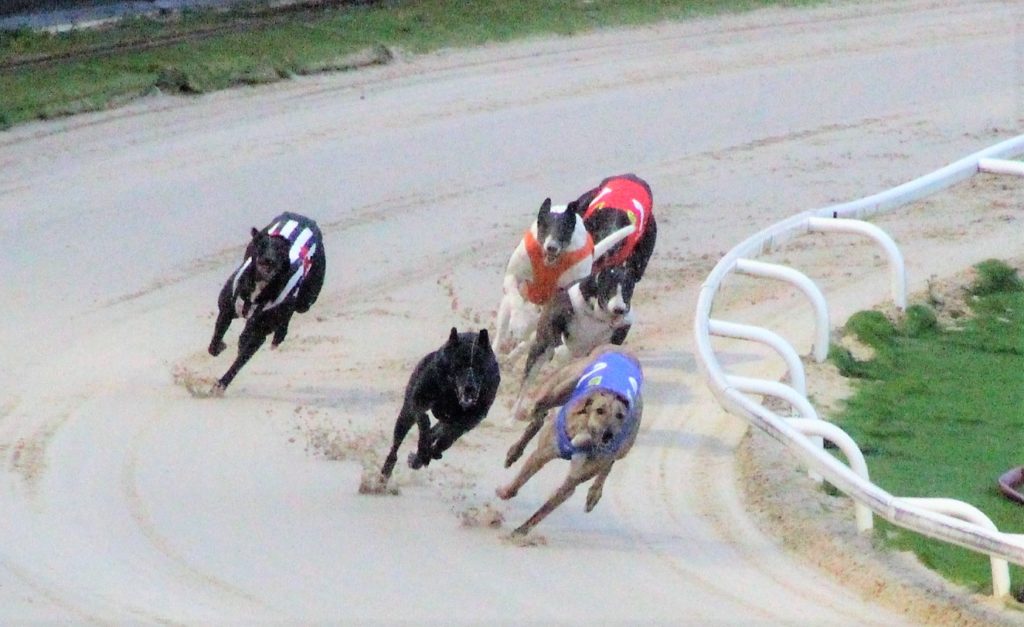 Three greyhounds won their second races on the bounce on Tuesday night and will be looking to make it a hattrick in the following week. Antigua Bigun for Mark Wallis, Salacresbenedict for Peter Harnden and Lagile Sky for Richard Baker, will all be greyhounds to keep an eye out for as they look for their third wins in a row. 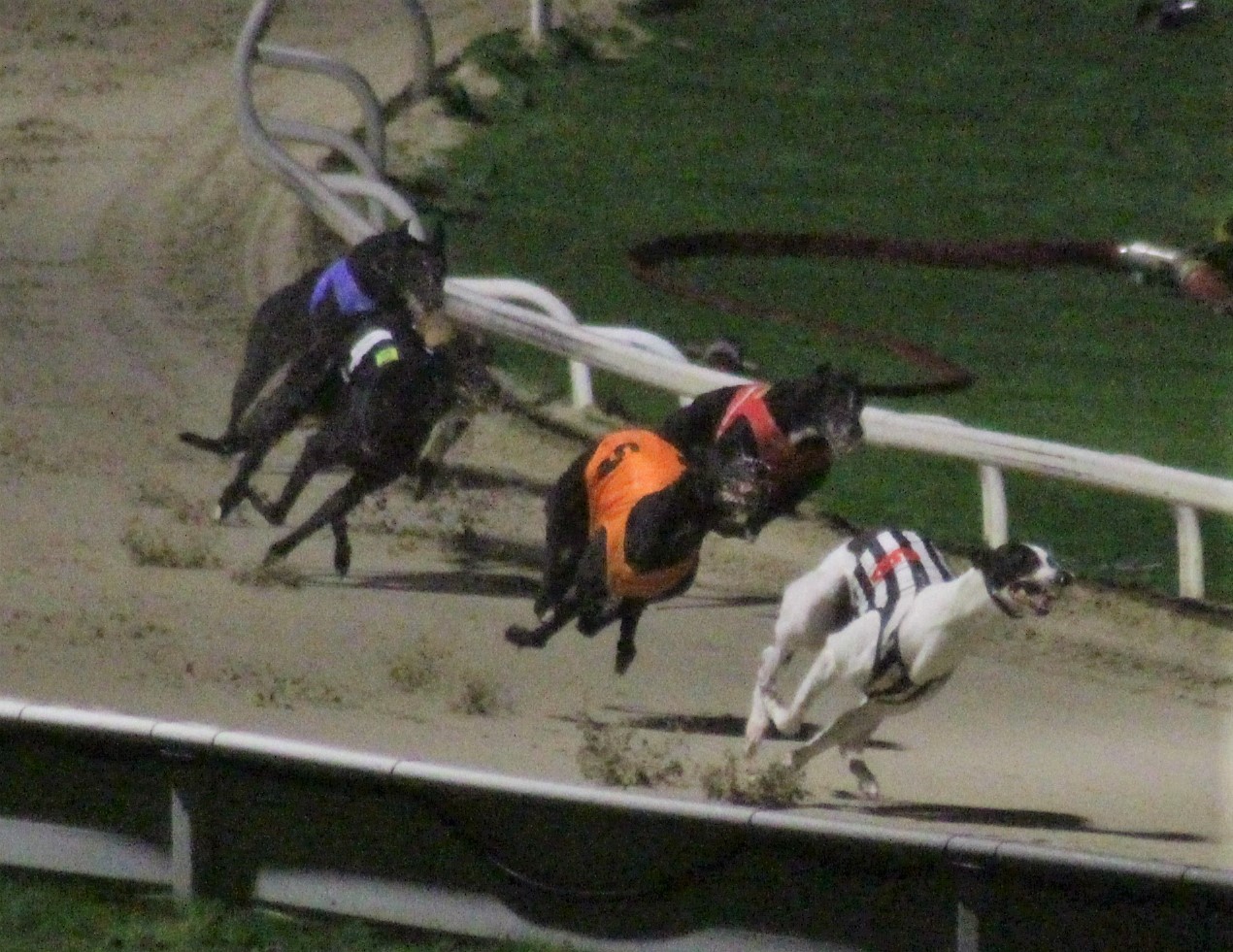 Greencroft Suny for Stephen Rayner, won his second race on the bounce after returning from an injury that kept him out for a month. Can he make it three out of three in his next run?

Preview of the Puppy Derby Semi-final

The Puppy Derby semi-finals kick off this Sunday, with two races that should not be missed.

* Heat 1 will now be a 5 dog race after Smuts New Mut was withdrawn from the race. It features no second round winners but Romeo De Niro, Alien World and Call Me Steve will all be hoping to repeat the runs they showed in the first round. However, the always challenging Maturereflection will be hoping to go one better than its previous two runs, with some clear space around the outside.

* Heat 2 is sure to get the mouth-watering. It features all 4 of the second round winners in a race worthy of a final. Back to back winners, Signet Denver and Make Noise will be challenging each other hard around the first bend but most people will be looking at the mightily impressive Havana Bale Out, who runs out of trap 5 this week and will be hoping to repeat its red hot time of 29.17s.

A great open race card joins these two semi-finals, making it a super Sunday of racing. First race starts at 13:57. 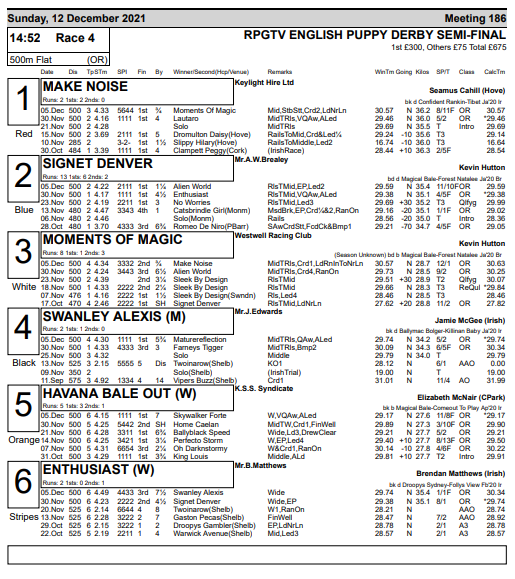